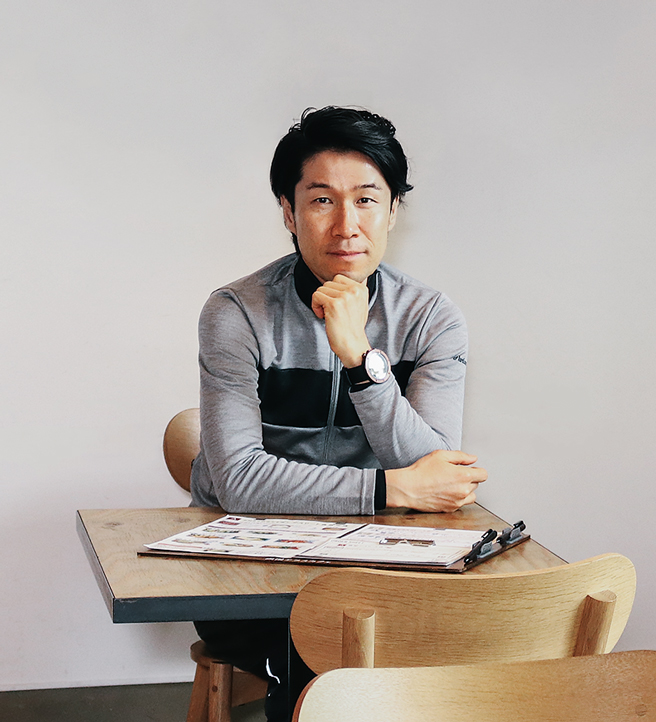 Born in 1971 in Kanagawa Prefecture.
Kurimura works as Chief Associate Advisor at the Bicycling Popularization Association of Japan.
In junior high school, he saw the Tour de France on TV and was drawn to the world of road racing. At age 17, he quit high school and traveled to France to delve into road racing. Later, he signed a contract with a European professional team and was active both domestically and internationally until retiring at age 29. After retiring, he worked as a professional team coach in Japan while also being active as a commentator for Sports Cycle Road Races. His unique commentaries utilizing the wealth of his experiences drew many people into the world of road racing. Today, he works as a director for the Tour of Japan to run the race.
He signed a contract as an ambassador for Pearl Izumi in 2013.