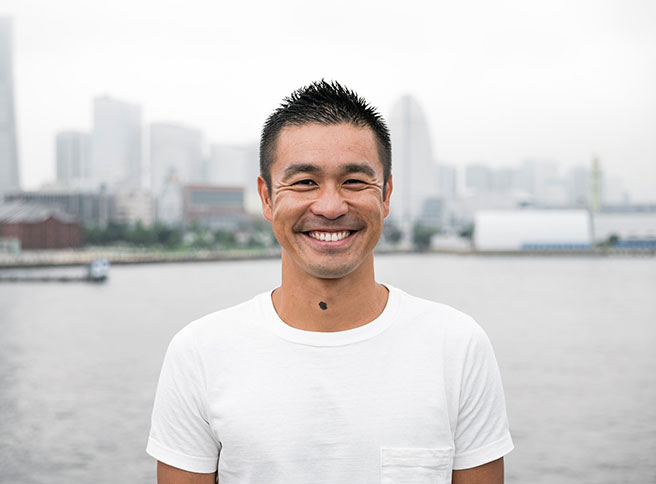 Born in 1981 in Osaka. Ohnishi grew up in Yokohama between elementary school to high school.
He graduated from the Juntendo University Faculty of Health and Sports Science (Triathlon Competitive Club).
During those years, he came to know and love the feel of riding his road bike along the open coastline and in nature surrounded by trees and greenery. At university, he began competing in triathlons and experienced the pleasure and fun of exercising in nature. Everyday, he felt that because all kinds of things were being developed, digitalized and sped up in the modern age, it was all the more reason to go out and exercise in nature to maintain a balance between body and mind. Stemming from such experiences and feelings, after teaching for seven years at a special education school, he now manages and produces outdoor fitness clubs that utilize natural resources and idle lands across the country. Through triathlons, running and trail running sessions, he advocates “lifelong sports” that incorporate the pleasure and fun of exercising in nature. He enjoys spending time exercising in locations surrounded by trees and plants, by the sea and in mountains where there are few man-made objects.
He signed a contract as an ambassador for Pearl Izumi in 2016.